At the moment, The Hollow Sun will focus primarily on four main characters. The first book in the series follows Lucy specifically, while the second book will follow all four. 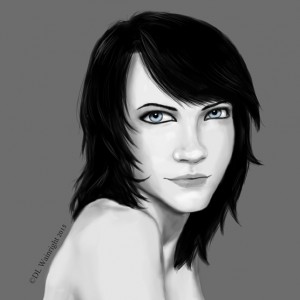 Lucy Kincade
Lucy is just your typical gothy high school senior, more interested in reading poetry than partying, and constantly falling for unobtainable guys. She even has a pretty typical job, working at an antique book store. There she does typical things like shelve books, make lattes at the shop’s cafe, train in martial arts, learn how to shoot a gun, and chop up corpses to burn to dust. There are creatures out there killing people, you see, and something needs to be done. Lucy just believes the best way to protect the innocent is to make it so the guilty can never again be a threat, that’s all. She won’t stop until she’s strong enough to protect those she loves and destroy all who may wish them harm. 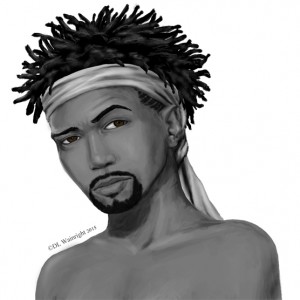 Jim Lukehurst
Jim’s a transplant from the UK, and born with a silver spoon in his mouth (as indicated by his full name, James William Lukehurst IV). While his father would love if Jim would follow in his CEO footsteps, Jim instead took after his artist mother. He’s a prodigy when it comes to marble sculptures, and can make the stone look alive. When he’s not working on his next gallery pieces, he utilizes his strength to help his friends dig up graves and fight monsters. Because why not? The idiots would probably get themselves killed without him. 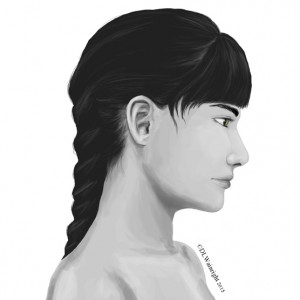 Eva Kuntz-Tenno
Eva is one of Lucy’s oldest friends, and they consider each other practically sisters. Usually she hides behind emotional walls built with sarcasm and snark, but her closest friends are those who have been able to find a way inside. Still, if you want to see her smile unabashedly, your best bet will be catching her in the role of a cheerful character for a play. Theatre is Eva’s domain, as it allows her to escape her reality for a short while and forget that she was raised on swords and arrows and tumbles upon hard, unyielding tatami mats. 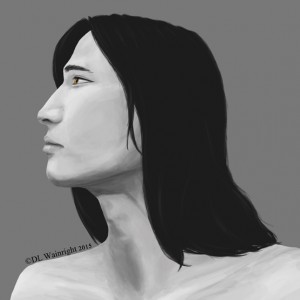 Günter Kuntz-Tenno
Günter is Eva’s older brother and currently attending medical school. Some nights he gets to practice his lessons by dissecting vampires to remove their hearts. Much like Eva, he has built walls to keep others at bay, but for him they are manifested as a reserved shyness that can at times come across as stoic. Because both of his parents are immigrants from different cultures–German father and Japanese mother–he often finds himself struggling to identify where exactly he fits. Add to that a few secrets in his closet, and he’s constantly worried people will judge him and find him lacking.

Goodreads reviews for The Hollow Sun